In December 2017, I took a short city break in Amsterdam, leaving on the 18th of December and returning home to Northern Ireland on the 21st. I really enjoyed it and would love to go back to spend more time there, and to see the things I didn’t have time to see while I was there this time. 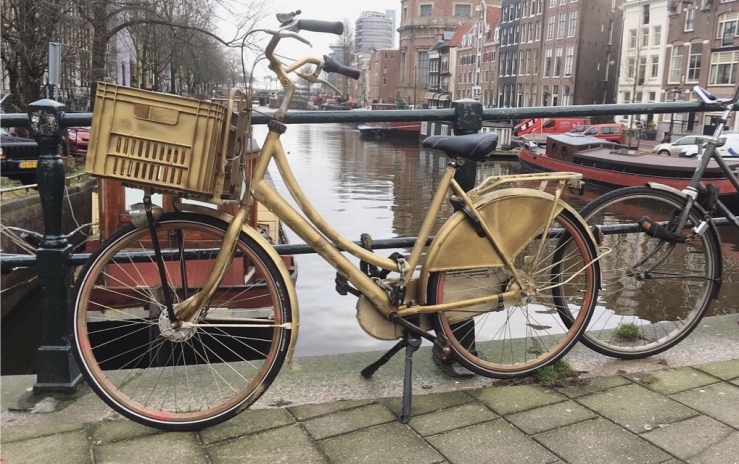 Before I left home, I bought an Amsterdam City Card each. The City Card gives the user free transport on trams and buses once you’re inside the city (so the train from the airport isn’t included), as well as free or discounted access to loads of museums and attractions. It worked out as brilliant value for money, particularly as I used the trams a lot to get around the city. 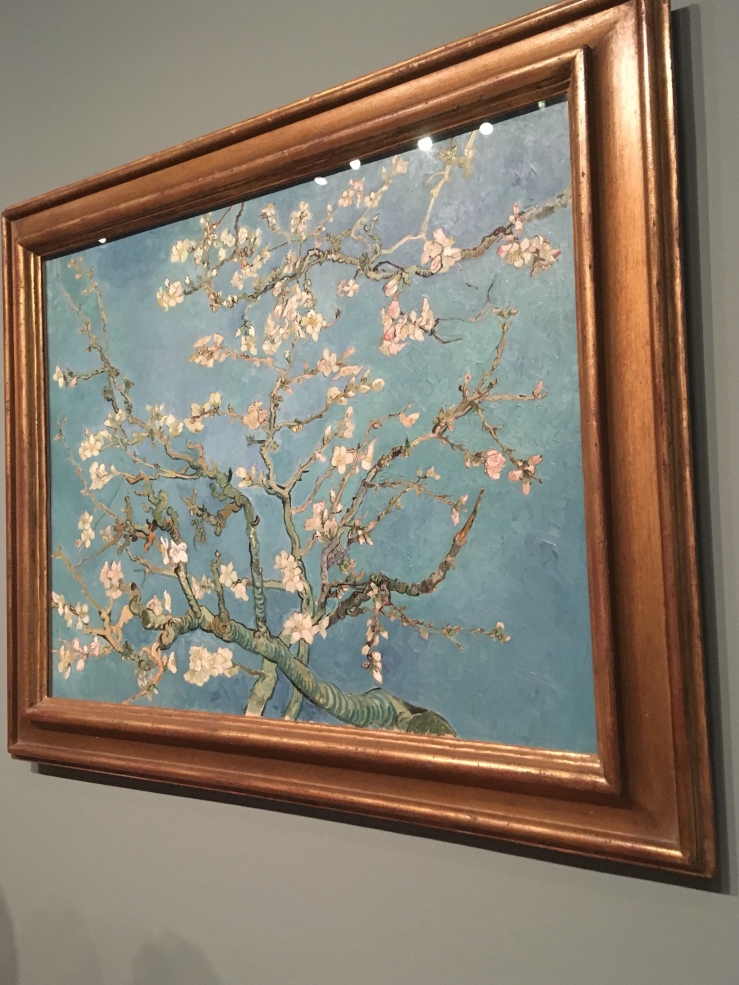 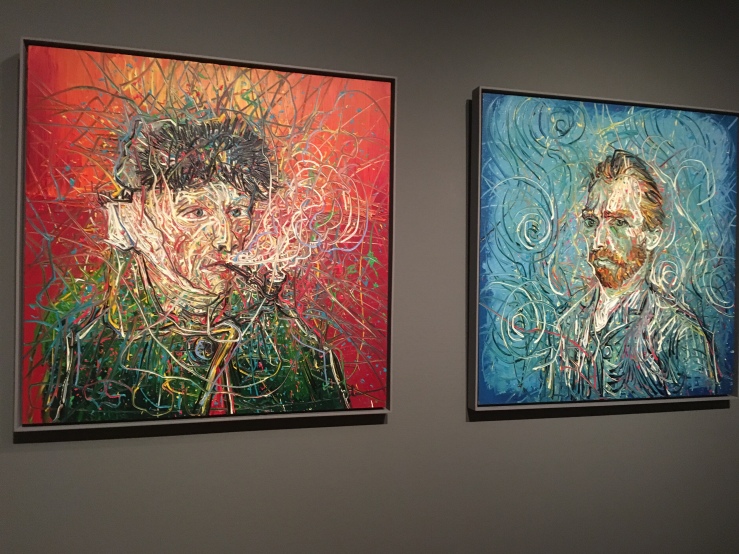 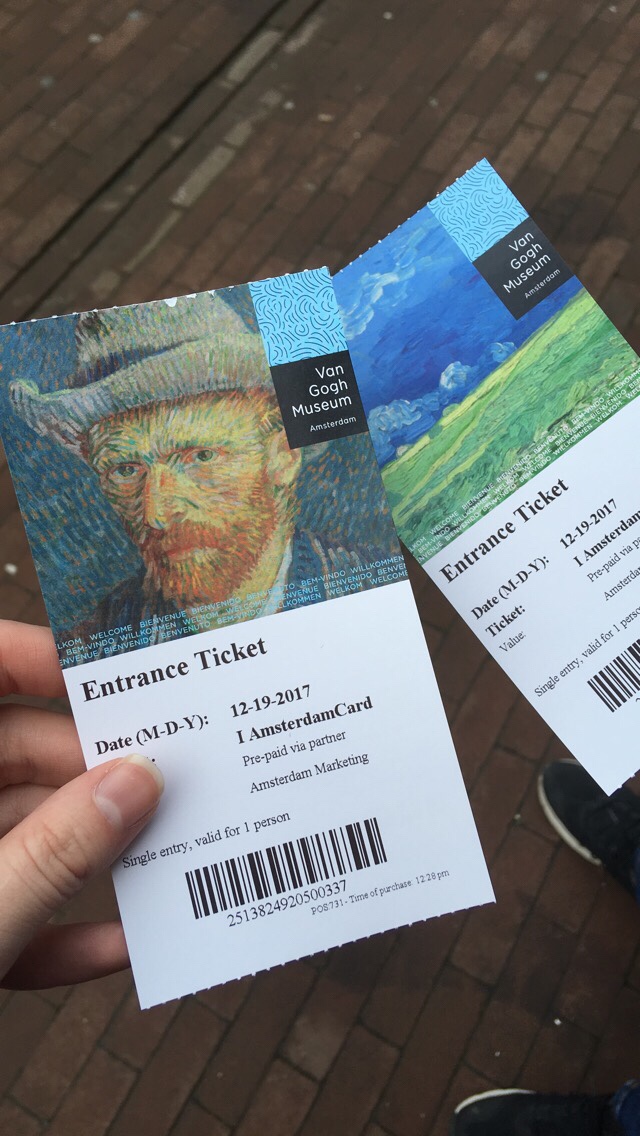 I also visited the MOCO Museum, which is just beside the Van Gogh Museum. While we were in Amsterdam the Museum was housing a Banksy exhibit and a Roy Lichenstein exhibit. I loved the Banksy exhibit! While the Roy Lichenstein exhibit wasn’t really my thing, as part of the exhibit there was a room designed to look like a cartoon which you could take photos in, which looked really cool. 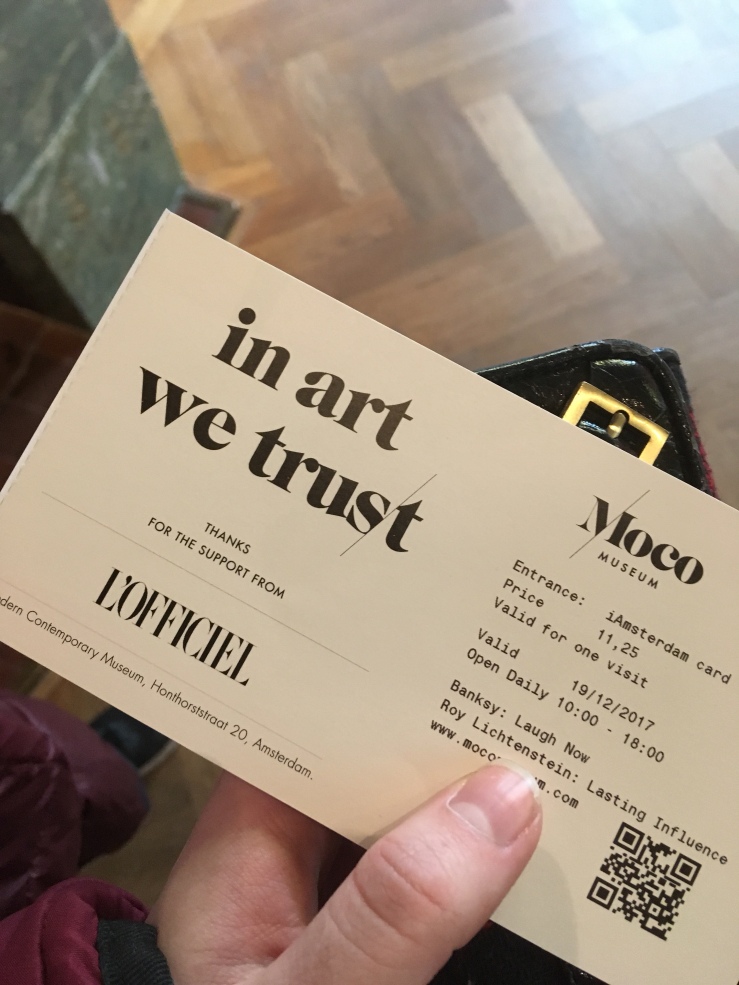 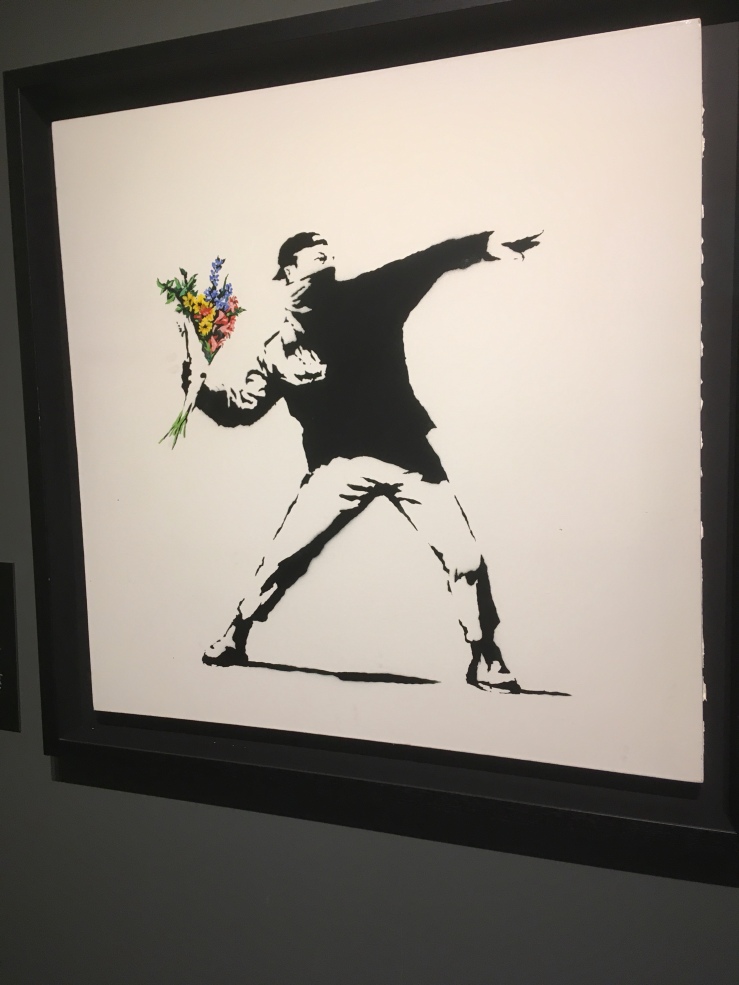 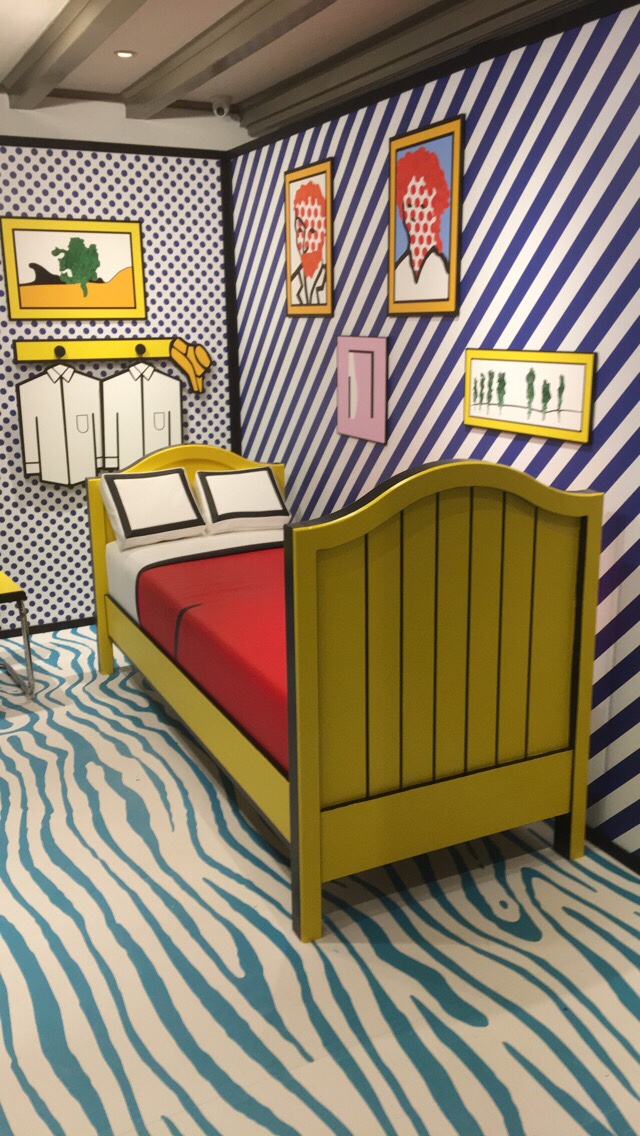 One of the best parts of being in Amsterdam during the festive period was that there was an ice skating rink and Christmas market set up in the Museumplein (where the Van Gogh Museum is located). I was beyond horrendous at ice skating; in fact, I was so bad that a helped offered me a chair to lean on in an attempt to keep me upright! 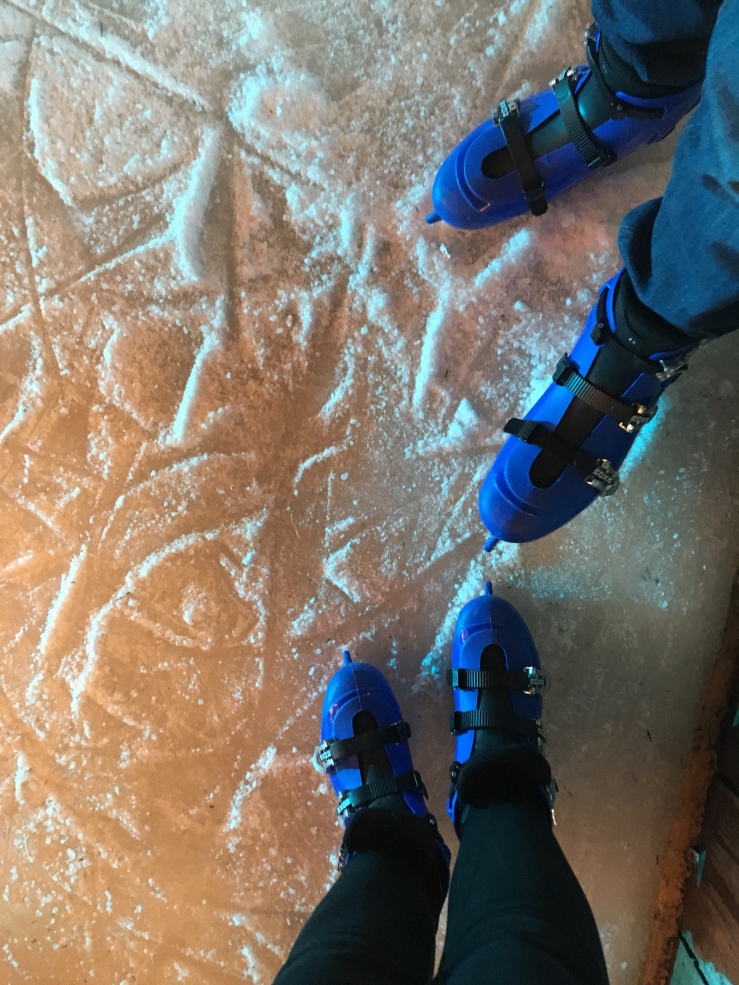 The Christmas market featured loads of yummy food stalls, but my favourite stall was a small caravan that was split in two to feature a waffle stand and a photo booth. I also visited the famous Singel Flower Market, which was dreamy for me as I love plants, and walked along some of the canals.I also got to visit a cat cafe, which is a little outside of the centre of the city, called the Kittencafe Kopjes. I love cat cafes, and have been lucky to visit some in China, Poland, and Scotland. While I didn’t have a reservation I was able to walk straight in and get a table – and some yummy cake! 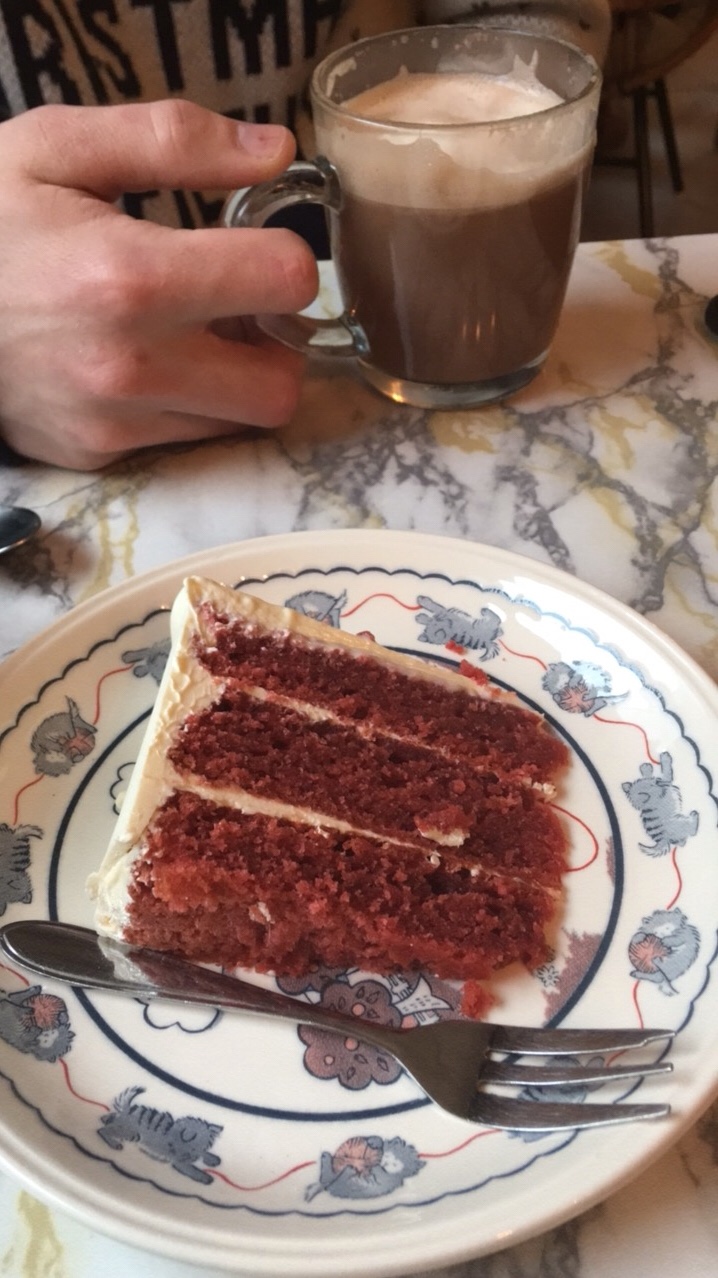 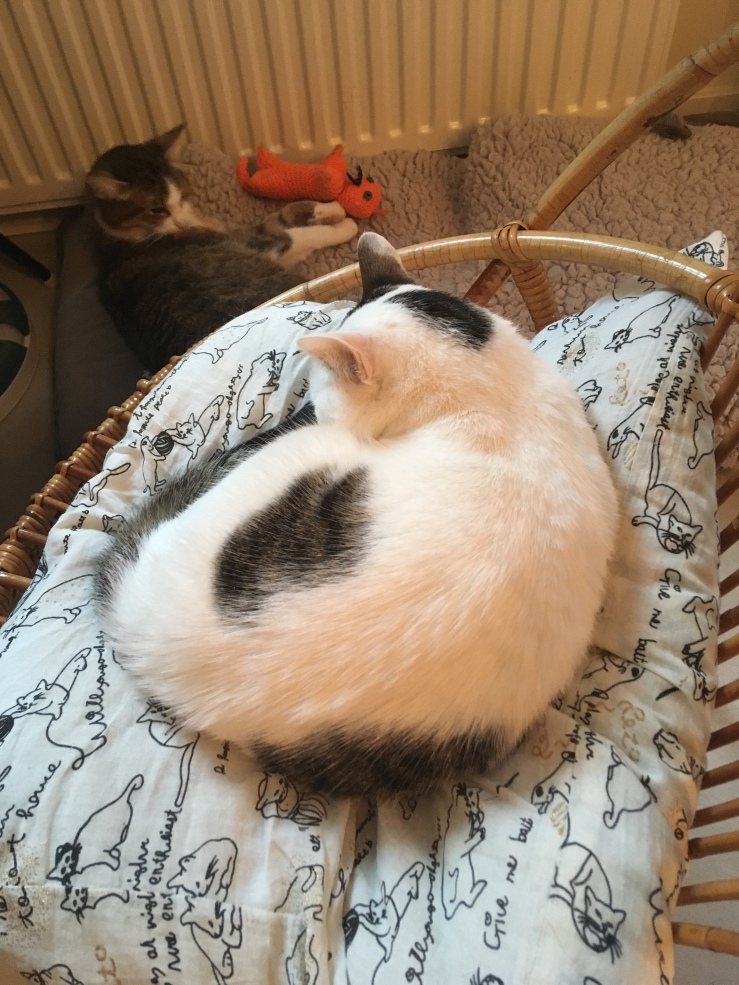 I was lucky enough to be visiting during the Amsterdam Light Festival, so I took a night time canal cruise to view the light exhibits based along the canals. It was breathtaking, but unfortunately very hard to photograph. 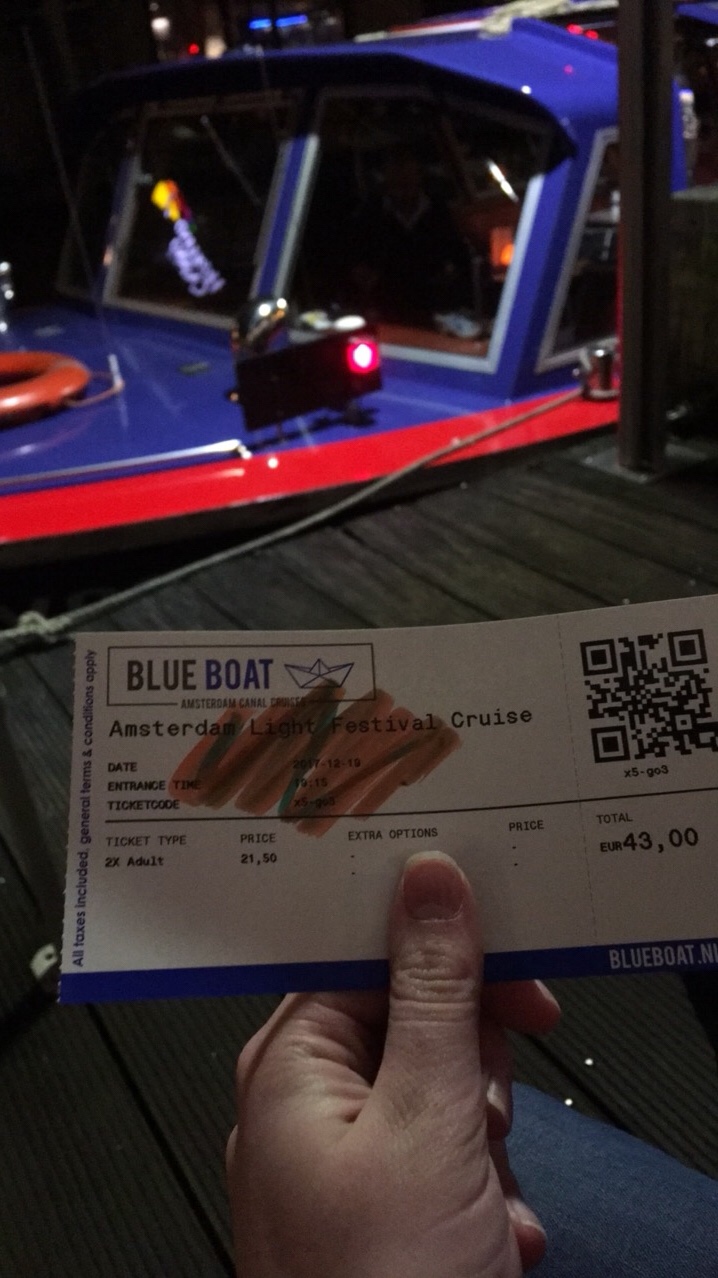 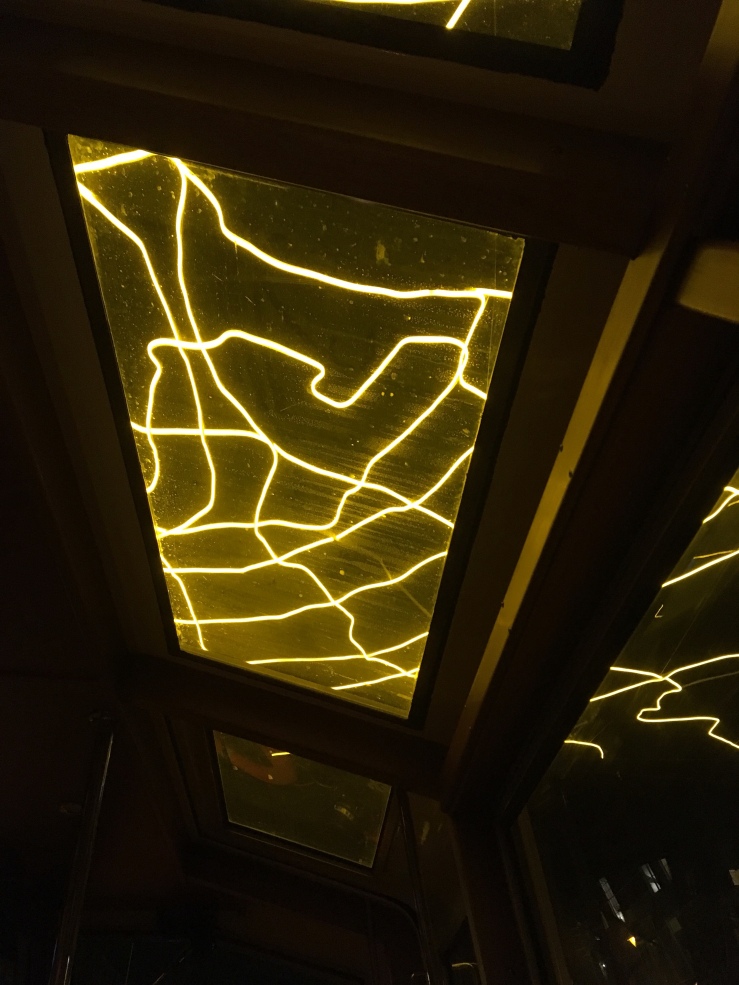 On our final night, I visited the Amsterdam Ice Bar to have a drink in the minus 9 degrees bar! Everyone was given huge thermal coats to go over our street wear and gloves, to protect our hands from the ice that made up the bar and the glasses our drinks were served in. It was great fun!

I absolutely loved Amsterdam, and I would recommend a trip there! The City Card was a lifesaver, as it meant we could hop on and off the trams that run all over the city simply by scanning our cards. The museums were wonderful, and we found a couple of great (but really cheap) restaurants. The ice bar was a really cool (no pun intended) experience, and the canals themselves were beautiful. 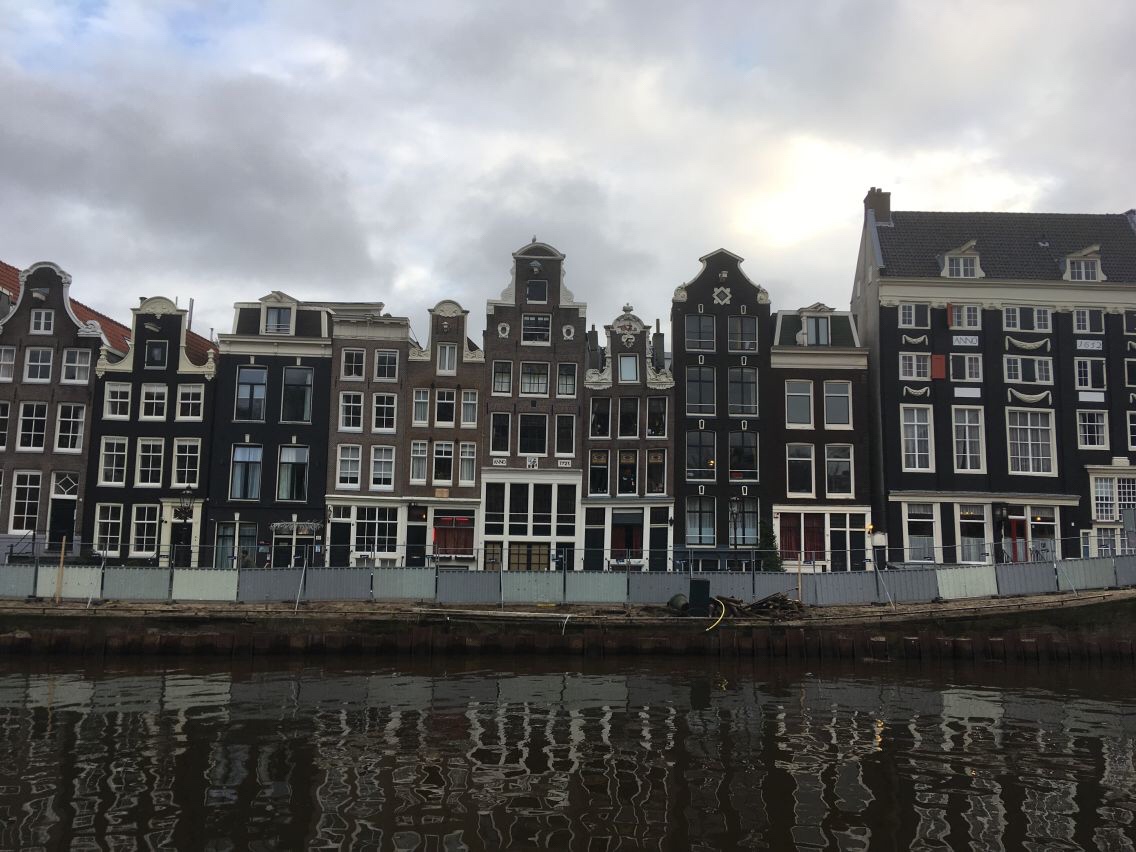 Until next time, Dani x

This site uses Akismet to reduce spam. Learn how your comment data is processed.

Had an amazing afternoon at #GlamourWeekender 🥰
I’m blue #DaBaDee
Not a bad view from the office😍
It was so good to be home and spend some quality time with my main man🥺🐶
Another day in paradise, another mental breakdown over my degree🙃 real talk though, the second year blues have lifted and I’m super excited to get back out on placement in just over a month. Just have to get through this academic block!
Missing Charlie so much, wish I could bring him with me every time I come back to London🥺
Love a good steak and the Dirty Duck certainly delivers🙌🏻
Managed to dodge the showers on Saturday to check out the view from @onenewchange! From the rooftop you can see St Paul’s Cathedral, the London Eye and loads of other London landmarks😍
Cannot recommend the Van Gogh Immersive Experience highly enough, could have spent all night there🥰